With Seiko being known for producing great timepieces are introductory prices, itâ€™s no wonder that itâ€™s one of the leading Japanese watchmaking firms with significant market share. They are to create and provide forto wanting customers a great automatic watch, 100m water resistance, day/date feature, for less than $200.

Thatâ€™s a great deal if we do say so ourselves.

However, by being known as a great mass-producer of watches, it may have tarnished their reputation for being able to create collectiable pieces. We at Gracious Watch, would beg to differ.

With the ability to mass produce pieces, Seiko can also set aside a budget for extensive research and development to create iconic timepieces that proudly wears their brand. Whether thatâ€™s through effective marketing or high attention to detail and craftsmanship, we will give you some great insight on Seiko watches worth collecting.

Mind you, we are informing you to buy a lot and retire early, but here are some pieces that we think are worth holding on and keeping it more than mint condition.

First up is the Seiko H558 series, made famous by the â€˜Governatorâ€™ Arnold Schwarzenegger in the movie, Predator. In this action-packed movie, Arnold and his commando squad are being hunted by one ugly extraterrestrial being. Itâ€™s gory, explosive, has Predatorâ€¦.

Thing in it and a Seiko watch! This was Arnoldâ€™s go-to action movie timepiece during the 1980s before landing into the Panerai phase we all know and love today. This model has also been in other movies such as Commando and The Running Man. Now a little more information on the H558. Produced by Seiko in 1983, it is a 46mm divers watch and the first dive watch to feature a digital alarm chronograph with combination analog display. The H558 has been tested in the roughest conditions with varying temperatures of sub-zero to almost boiling hot. The H558 was also used in Mt. Everest explorations in the late 80â€™s. With a quartz movement and 150m water resistance, it would be able to last through the tropic jungles even though you might be able to. Predator has camouflage! How crazy was that?!

The H558 is a rare sight nowadays, but you can definitely pick up a used piece if you look hard enough. The tricky part is finding the right price, because this indirect endorsement from Arnold shot the prices up, creating a bubble in the market due to the association.

Weâ€™re not saying itâ€™s impossible, but itâ€™ll be as hard as hunting the Predator. Check out the Reviews Here.

Next up is a legendary piece of the James Bond series, Octopussy. Seiko and James Bond have had a positive relationship throughout the years, giving agent 007 the boost he needed to get out of a jam whenever he needed it.

Seiko was part of countless movies between Roger Moore and Sean Connery. In fact, Moonraker featured a Seiko Memory Bank watch that concealed an â€œexplosive secret that blasts the way clear for the agent and his appealing flightmate.â€ Seiko watches haves been a long-time favorite of Q, and it was very prominent in Octopussy. In a very bizarre mission, Agent 007 â€œdiscovers a connection between a priceless Faberge egg, an elaborate smuggling operation and a plot by a renegade Soviet general to instigate World War Threeâ€. It involved a circus act, being led by a beautiful woman named Octopussy, and a lot of weird things happen in India. Hereâ€™s a video of several Seiko watches that Q has pointed out while being observed by Mr. Bond.

All tomfoolery aside, we chose the Sports 100 because it was James Bondâ€™s go-to watch for his espionage work. It was as durable as it was useful.

Feature-wise, it was a quartz chronograph, with a timer, dual time, alarm, stopwatch, backlight, and 100m water resistance. Our favorite part of the G757 is the digital secondsâ€™ ticker on the upper-left-hand corner of the dial.

It adds a very retro vibe, in what was futuristic design when released. Now finding this quartz movement piece is also going to be a tough feat, and itâ€™s really rare. Be on the lookout for the black horseshoe bezel to differentiate it from similar models, and a metal band.

An icon from the 1980s is the movie Aliens, featuring Sigourney Weaver as Ellen Ripley. After fighting an alien invasion of the ship she was in, Ripley wakes up from stasis after 57 years of traveling.

The receiving crew does not believe in her plight and is part of an investigative team on a colony that just went silent for no contact. Here is where deceit, alien gore, and another Seiko watch are equally sharing the limelight.

A watch befitting a hero, the Seiko and Giugiaro watch oozes futurism. Giugiaro is an Italian design firm, who designed everything from phones to watches. They have also designed cars for Ferrari, Lancia, and Ford as a consultative design house. But this collaboration between Seiko and Giugiaro created very iconically 80â€™s watches. Inside beat the heart of the Seiko 7A28 movement. Enclosed within was a 15 jewel movement capable of timing to 1/10 of a second, and was the first analog quartz chronograph movement. However, if youâ€™re a big fan of the movie franchise, especially since modern iterations provided prequels to the original, this needs to be a part of your wrist life. This next piece was not part of any movie and was not in any motion picture, but created legendary status on its own based on being a technological marvel. The Grand Seiko line was created to compete with the best Swiss-made watches at the time. Introduced in mid-1960â€™s, when Seiko designer Taro Tanako, introduced the â€œGrammar of Designâ€. Highlighted in this literature, A Journey in Time. The Remarkable Story of Seiko, â€˜The Grammar of Designâ€™ was beautifully explained below in verbatim:,

â€œHe (Tanako) started by creating cases and dials that had a perfectly flat surface, with two-dimensional curves on the bezel as a secondary feature. […] He also decided that all distortion should be eliminated from the dial, too, so that it could be finished with a mirror surface.â€ After this, the Seiko design and style was born. From there on in, the philosophy for attention to detail passed down, creating the great Grand Seiko line. Years passed and technological advancement emerged from Seikosha, and created the Grand Seiko Spring Drive. The SBGA011 dubbed, â€œSnowflakeâ€, because of the white,

almost snow-like textured surface of the watch dial featured a hybrid watch technology developed by Seiko called â€œSpring Driveâ€. Developed by a Seiko engineer for 28 years and over 600 prototypes, a new mechanism was produced where â€œa watch wound by a mainspring and with one-second-a-day accuracy, a precision that only the finest electronic watches could deliverâ€.

The mainspring generated power to move the transmission, and worked in conjunction with a regulator to convert mechanical energy into electricity. It then produced a sweeping second hand that automatic watch enthusiasts love with the consistent delivery of power that quartz movements are known for.

It was the best of both worlds and a technological feat that deserves praise. While itâ€™s no movie-star, the Grand Seiko Spring Drive is a legend in its own right. The SBGA147 is part of the â€˜Grand Seikoâ€™ collection, which has a cult following in Japan. The Grand Seiko is the brandâ€™s signature collection, featuring the best technology and material Seiko has to offer. This piece offers Spring-Drive movements, which, â€œin [Seikoâ€™s] vision: a watch wound by a mainspring and with one-second-a-day accuracy, a precision that only the finest electronic watches could deliver.â€

Like the “Snowflake” we mentioned above, the SBGA147 makes full use of the incredible movement within. While there are many mechanical watches out there – hundreds of them mentioned here on Gracious Watch – the Spring Drive is truly something special.

Featuring a titanium case and sapphire crystal, the Grand Seiko is the epitome of timeless design and quality.

It is a must-have for any investment piece consideration. Compared to numerous other watches on this list, the Cocktail Time might seem a bit out of place, but bear with me. Earlier this year – March 2018 – the SARB065 version of the Cocktail Time was discontinued, replaced by an updated model, the SRPB47J.

The result? Two versions of the same watch, and one of which is already seeing its value increase as demand soars.

With gorgeous good looks and a turbocharged V6 under the hood, its no wonder.

If you have the option to get your hands on this increasingly rare beauty, grab it and hang on it to. Like the next watch on this list, collectors are starting to snap them up in earnest. The Alpinist is a simply incredible watch, offering a ton of value in a small size. The green on gold scheme isn’t for everyone, but for those with an eye for the unique, it shines brightly next to the same-old hum-drum found lining jewelry stores everywhere.

200m of water resistance and a 6R15 automatic give the Alpinist the right numbers to go toe to toe with most, and the screw-down crown and rotating internal chapter ring complement the features of this distinctly unique but widely appreciated piece.

Speaking of appreciation, prices for Alpinists are climbing. If you’re looking for one, now’s the time to buy. This limited edition from Seiko caught our eye because of its thoughtful combination of technology, distinct aesthetics, and value.Â Focused heavily on tech, the SSE091 relies on GPS location to give you accurate time anytime, anywhere.Â Coupled with solar technology, it recharges itself as you frequently use it.

Featuring a ceramic case and bezel, with an outstanding mother-of-pearl dial, the Astron gives you huge wrist presence in both style and size thanks to the 45mm casing.

Many people under-appreciate the value a solar movement affords a watch, if only because Citizen has so effectively crammed their Eco-Drive into hundreds of well-received and affordable models, but its not just solar that makes this limited edition world traveller stand out- the integration of GPS means that you never have to worry about changing the time. Ever.

Limited at 3,500 pieces, you definitely deserve to give it a look… if you can find one.

Previous Which Brand Of Watch Is Best? 15 Best Brands Guide

Next Pocket Watches for All Price Points | Top 3 Categories Guide 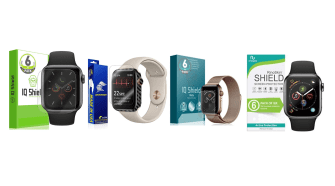 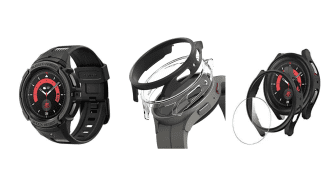 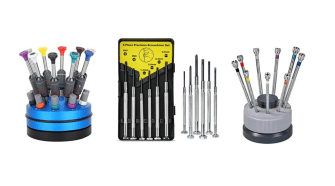 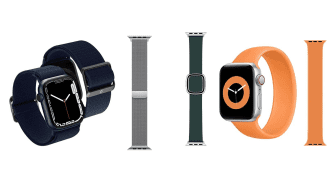 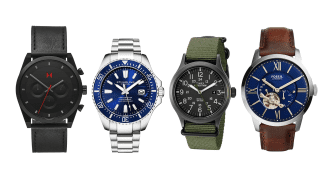 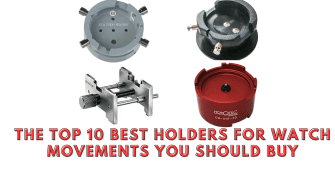 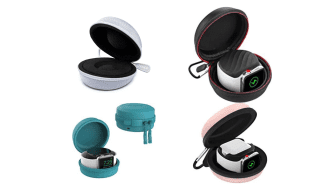