The Most Uniquely Designed Luxury Watches

The world of haute horlogerie or the upper echelon of fine watchmaking reserves real estate for only a constellation of luxury timepieces. But even then, some of the timepieces price themselves out of the market or are curated as part of collections that are weird, abstract or downright unrealistic. All of those singular qualities swill together nicely in what we might as well call the most unique luxury watches on the planet. Curious to see what some of them are? Here are five of our top picks for unique luxury watches.

The Swiss watchmaker holds this spot on the list for two reasons.

Here’s a timepiece that retails for a whopping $2.5 million. But not only is it one of the world’s most expensive watches, it boasts the title of being one of the most complex as well.

With over 1300 parts meticulously rendered and configured to operate in sublime synchronicity, the Hybris Mechanica has no rivals. Jaeger Lecoultre prides itself on conjuring each timepiece painstakingly by hand.

So no two timepieces are absolutely identical. And in this case the Hybris Mechanica whirs and purrs like a cat with its Calibre 182 mechanical movement and 26 complications to boot.

As for the added bonus of bling, it’s shielded in an 18k white gold case and clocks in at a svelte 44mm.

And for bells and whistles it has a reserve battery life of 50 hours. At last check Zanis Nuvati was forging ahead with a kickstarter campaign for its ambitious line of timepieces. Not necessarily the look and feel of a luxury watch.

But when contemplating the meaning and essence of the term luxury, it’s not strictly reserved for the most expensive…but equally for the sometimes strange pleasures in life that only luxury can afford a customer to enjoy. Enter the Nuvati Floating Diamonds watch.

Forged with pieces of the moon, Mars and diamonds, here’s a timepiece that is as rare as it gets when it comes to source material. At the base of the dial sits a small capsule bubble housing 3 small rocks. What are they? One space gem probably from a meteorite, one plumbed from the moon, and one from Mars. As for technical features, the Nuvati comes with a Swiss Quartz movement.

It’s a limited edition timepiece that at its conception retailed for roughly $2000.

But given Zanis and Company’s unfortunate history with hackers (their site is now overrun by video game content), sourcing one of these timepieces will probably fetch a lot more than its original retail price.

Face it, not every Omega or Richard Mille boutique boasts a collection with space rocks from Mars.

Possibly the rarest watch on the planet, here’s a timepiece that has no duplicate.

Get acquainted with the Patek Philippe 1939 World Time Watch. In fact only one such timepiece exists according to sources. Patek Philippe is world reknown for curating some of the most expensive watches in the world, all of which are made by hand.

The Swiss watchmaker has limited distribution and limited stock, both of which factors contribute to their astronomical prices. And while some of the most pricier timepieces in the Patek Philippe lookbook sold for upwards of $11 million, the 1939 World Time Watch is rendered in platinum and sold for $4 million in 2002.

Yet there will never be another. More than 20 artisans work on a Patek Philippe timepiece at a time. And the rendering of such a piece can take up to 2 years. But what we can glean from images of the watch is that both the dial and the case are platinum.

The band remains more simple with a leather strap. And the date, hour, minute and second hands precisely fabricated. Every locale on the planet that is worth visiting gets its proper homage on this timepiece. And yet for all of that, here’s a brand that remains defiantly transparent in its sales motto, “Even if you have the means, not everyone can have a Patek Philippe.”

Speaking of that aforementioned $11 million watch in the Patek Philippe archive, the Henry Graves Supercomplication was at its time the most complex watch created.

Boasting 24 complications and housed in stunning gold, the pocket watch was commissioned by banker Henry Graves Jr back in 1927.

He wanted the most complicated watch possible and ultimately to steal the thunder from rival Thomas Ward Packard and his respective Grande Complication watch. The Supercomplication for its part took 4 years to build.

When Sotheby’s placed it on auction, it was estimated at $5 million. Several bids later and twice the original fetching price, it ranks as one of the world’s most expensive timepieces in existence. Housed in 18k gold, the Supercomplication held the record as world’s most complicated watch for 50 years.

Among its many complications and functions are times for sunset and sunrise, a map of NY’s Fifth Avenue as seen from Graves’ apartment, and a perpetual calendar.

Devonworks’ debut timepiece is a marvel of engineering and NASA tech.

The brand, which ultimately cut its teeth as an aerospace supplier, has made its signature with ever evolving futuristic timepieces that even nod to Star Wars. But here it pulls out all the stops with a timepiece that lifts its own lid to reveal the secrets behind its magic. The Tread 1 is dubbed a microprocessor that monitors all its movements and activities.

It comes equipped with a lithium polymer rechargeable power cell that has a power reserve of 2 weeks on one single charge. Its crystal renders data via temperature monitoring and optical recognition. And it stays within one half of a second of accuracy.

The exoskeleton shows the complex inner workings of its time belts and the simply marvelous mechanical choreography at work here. Some of the best and brightest have tinkered behind the scenes on Devon timepieces. And the Tread 1 is proof of that. 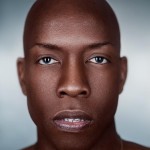 The Force Is With The Star Wars Devon 7 Most Unique and Cool Watches for Men